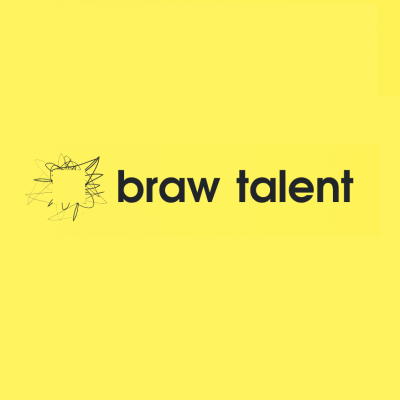 Schooling, Education and Learning: 2030 and Beyond

Schooling, Education and Learning: 2030 and Beyond

We were commissioned to develop and facilitate a fun and engaging programme that would empower young people to reimagine the future of education through filmmaking to coincide with an aspirational report on how education might look in 2030.

Key Facts (description of the project)

The group was made up of pupils from one high school and four feeder primary schools. It took place on campus in the high school.

Working with the Braw Talent team of qualified teachers were established and experienced practitioners from within Scotland’s film industry - a film director, cinematographer, screenwriter and makeup artist - who assisted at different times during the course of the project. This gave the participants the opportunity to learn directly from professionals about the many crafts that come together to make a film - a concept reflected in the report on future learning.

Pupil voice - Whilst it was important for this project to reflect and aid the report document, it was equally important not to simple visualise the voices of the adults who wrote it, but to interpret and reimagine the ideas and show them through the eyes of young people, and that they in turn felt a sense of ownership of the film.

Progressive learning approaches - Equally there was a focus to use some of the ideals within the report in how we designed and executed the programme. For example using an age range that reflected the ‘GenEd’ stage within the report, by empowering young people to take responsibility for their own learning, by working with experienced practitioners directly, and by celebrating failure.

Social responsibility - It was also important to stay true to our own mission - in making arts activities more accessible to young people from deprived communities and highlighting creative careers and their pathways.

These focuses underpinned the development of the programme at every stage.

How did the Project develop?

It was important to establish the team ethos on day 1 and the morning was spent on team building games as well as establishing a co-designed contract that the group felt happy to work to. Participants then worked in smaller, mixed-age groups to develop ideas through brainstorming activities before some role play. Working with a professional screenwriter they then created a main character, plot and a script as well as storyboards. We also explored the many roles within filmmaking and pupils signed up to join the art department, film crew or performance team for the following day.

Pupils joined their chosen department and immediately started to learn about their role in making the film. The camera crew worked with a cinematographer to learn about using camera, recording sound, lighting and on set etiquette. The art department designed and built sets, costumes and props before working with a makeup artist to learn the skills of hair and makeup for film. Meanwhile the performers worked on the script, auditioned for roles and acted out scenes.

Facilitators allow pupils to take the lead on the shoot as they display their skills, knowledge and confidence on the final shoot day. They also participate in podcast and diary-room sessions to explore their own ideas of the future of education. The art department created a set that incorporates the UNCRC.

All participating pupils spend the day at The Scottish Parliament where they make a presentation to politicians and change makers before the premiere screening of the completed film and gifting their UNCRC artwork to Parliament. The pupils showed incredible pride and maturity in their presentation and impressed the audience with their own ideas on education but also wider issues that they incorporated such as the climate crisis and the UNCRC.

What did pupils gain from taking part in the project? (Impact) How effective was the projects? (Outcome)

The opportunity for pupils from neighbouring schools and from age groups beyond their own year to work collaboratively on one project was quite unique. The fact that friendship groups had not been established prior to the project enabled the group to gel as a team very quickly and the fast pace of the project built confidence. Despite the age range, there did not appear to be a hierarchy within the group and every participant was keen to learn and work hard for each other.

Whilst many participants identified particular skills or activities they had enjoyed, there was an overarching theme in their feedback of the importance of teamwork, communication and mutual trust and respect.

This film was hugely successful in ensuring pupil voice was a driving force behind a report that will influence the landscape of education in Scotland. In addition, it enabled a group of young people to discover and explore completely new skills and knowledge of creative practices and career pathways (100% of participants agreed with this).

Is this project sustainable? How do you see it developing in the future?

Many of the participants showed interest in pursuing some of these skills further, which is something we always strive for. Whilst it was a great opportunity for them to work with specialist equipment, we always demonstrate how the skills and knowledge can be transferable and used to make films using more accessible equipment such as mobile devices. In addition, we recommended apps, courses, social accounts, online resources and community groups that would benefit anyone wishing to develop their skills further.

A huge benefit of this programme was having teaching staff that were as excited and engaged as the pupils. This was crucial in potentially ingraining film into their existing Drama and Art & Design curriculum as they picked up some of the knowledge and skills required to create a film.

As a collaborative, cross curricular programme, this was a really impactful and exciting project that produced a very tangible outcome in only 3 days. As well as providing an opportunity to access new skills, it also acted as a very effective transition project which could be an annual occurrence.

From our own point of view, we were blown away with just how effective the podcasting element of this programme proved to be with participants and this is an area we will look to develop further.

Did you incur any costs?

This project was fully funded by our partners:

The Goodison Group in Scotland

Did you get other organisations/partners involved?

This was the first time we introduced a podcasting element and it is an approach we would highly recommend as a more inclusive and effective alternative to filming young people. Putting people in front of a camera can be intimidating, by removing that barrier we found the group to be relaxed which led to incredibly mature and open discussions that could then be used as a soundtrack to some filmed footage.

This project was part of the Scotland 2030 programme by Scotland’s Futures Forum.

Scotland’s Futures Forum is the Scottish Parliament’s futures think-tank. It works on a non-party basis to promote research and to stimulate debate on the long-term challenges and opportunities that Scotland faces, with the aim of informing MSPs and others and enabling them to consider the effects of decisions taken today on Scotland’s long-term future.

Looking beyond the five-year electoral cycle and away from party politics, the Futures Forum seeks to bring fresh perspectives, ideas and creativity on how we might prepare now for the future. It hosts discussions and seminars and presents ideas to engage Scotland’s parliamentarians and challenge their thinking.