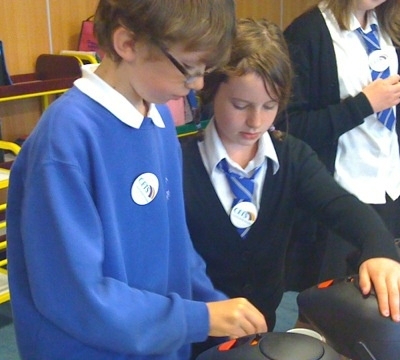 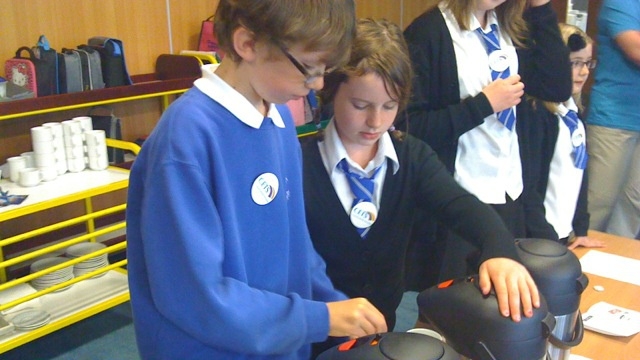 Fairlogie Café: a young co-operative fair trade café in the first primary school to become a Scottish School of Co-operation.

Fairlogie Café was started by the P6 pupils at Carlogie Primary School who were studying Fairtrade as a topic. They decided they wanted to educate others about the benefits of buying Fairtrade products in their school and local community. Fairlogie was opened in November 2011 and is still run once a month from the local Church Halls. 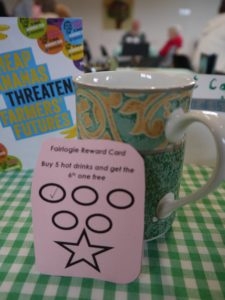 CETS and Carlogie Primary became a partnership in 2011, after the school had applied for one of CETS small grants to set up and run a pupil co-operative.

CETS visited the school to discuss the benefits of running a co-operative business, run by pupils, and after receiving their business plan the grant was awarded.

Through this enterprise project the children recognised that the skills they learned while participating were skills they needed for their future. Their language skills were important e.g. to write letters or emails, to complete application forms for one of the Teams positions (Sales, Market Research, Advertising, Human Resources and Finance). The children were also amazed how often they used their maths skills e.g. paying invoices, looking at profit and loss and working on the cash desk they learned how to give change. They explored the benefits of ethical trading in class and were then able to communicate to the local community the benefits of buying Fairtrade, at their Café. 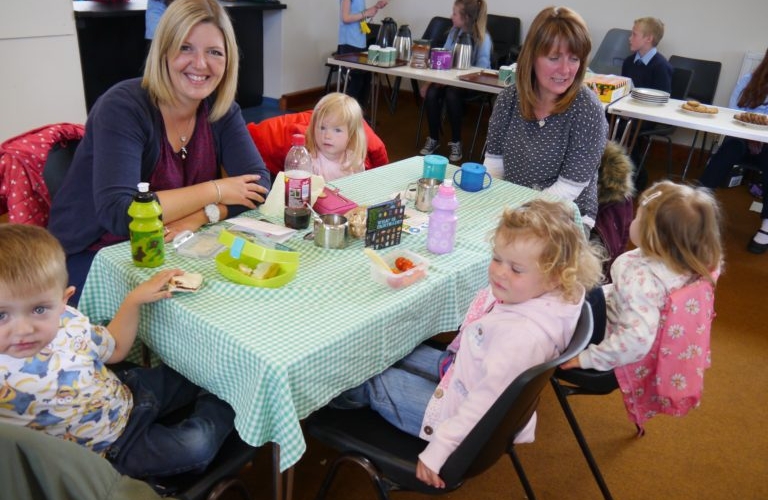 This project has become sustainable through time. The pupils who started the café decided that the P6 pupils should run the café every year, with the P7's offering training and support for them. It now attracts mother and toddler groups as well as the elderly and disabled as pupils have considered how best to cater for and attract these groups in their community and bring them together. The café has now been running since 2011 is a much loved feature of the local community with announcements being made at the community council and church services as to when the café will be open. This has led pupils to offering "loyalty" cards to encourage return visits! 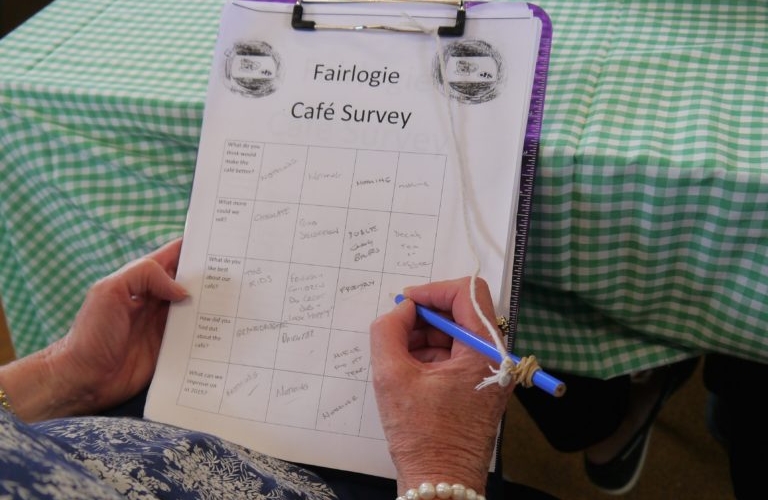 Other partners include local tax accountants who help with the books as well as the Angus Credit union who advise on finance and savings. The local police officers regularly drop in for coffee on café days and chat with pupils and find out what other support they can offer in an informal way.

Fairlogie entered the Schools Enterprise Challenge with their business plan and was the top in the UK and then won best business plan in Europe as well. This gave them £1000 which has helped to sustain and develop their cafe.