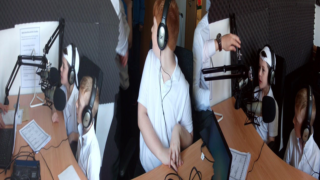 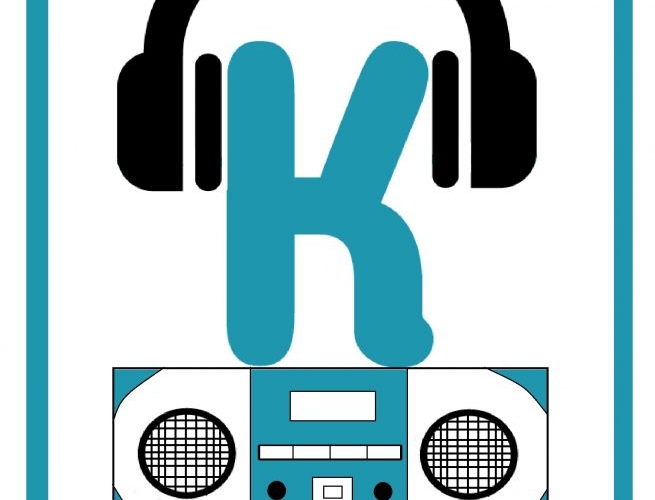 Pupils realised there was a need to inform parents, partners and the wider world about the work carried out by them both inside and outside of the classroom environment.

Pupils have already developed skills that will be easily transferable to work and life beyond secondary school, such as increased confidence, literacy, numeracy, working in a team and an ability to communicate clearly. Both staff and pupils feel confident that the Radio Station will bring many benefits to the school and to the wider community for years to come.

Programme writing helps to developed language skills and the ability to commit thoughts to paper. 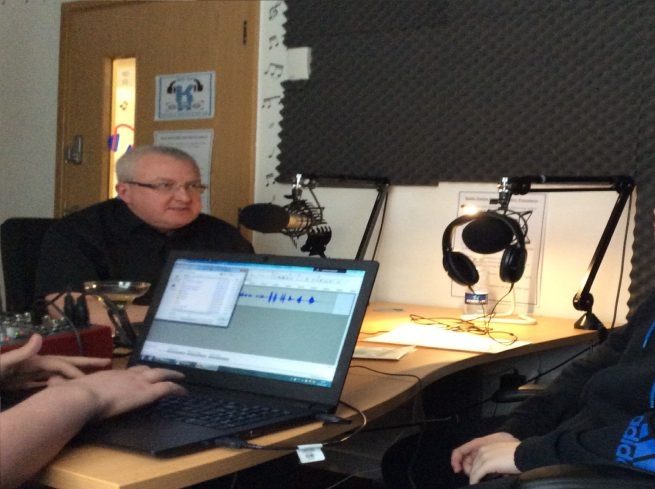 There will be no ongoing expenditure as radio programmes are free to produce and upload onto the Kear Campus website.

At the end of May 2017, a small group from Kear Campus will market the radio station in the local community. They will hand out leaflets and conduct a questionnaire asking members of the public if they would listen to our new radio station.

Once the information is collated, pupils will contact local businesses in the Blantyre and surrounding area and enquire if they would like to advertise their businesses via our radio station. Pupils would follow a brief given by the business owner and then create a short radio advert for them. This would then be played via our website. Business owners would then make a small donation to help sustain our radio station. As the station equipment ages and the equipment starts to fail, it would allow pupils to purchase new equipment.

The radio station was set up using funding from the school fund. Approximately £1300 was allocated for the purchase of radio station equipment including a mixer, headphones, acoustic wall foam, microphones etc.

The project requires a suitable space within a school that could be a dedicated radio station/recording studio. The school manages all the resources e.g. website costs, equipment etc.

In April of 2017, BBC Radio Broadcaster Tam Cowan was invited to Kear Campus to help launch Radio Kear. Tam was also the first person to be interviewed on Radio Kear.

Before cutting the ribbon, special guest Tam Cowan said, "Thank you for the honour of officially opening your radio station. Good luck to all the staff and especially the pupils and I look forward to returning for a celebration on the first anniversary".