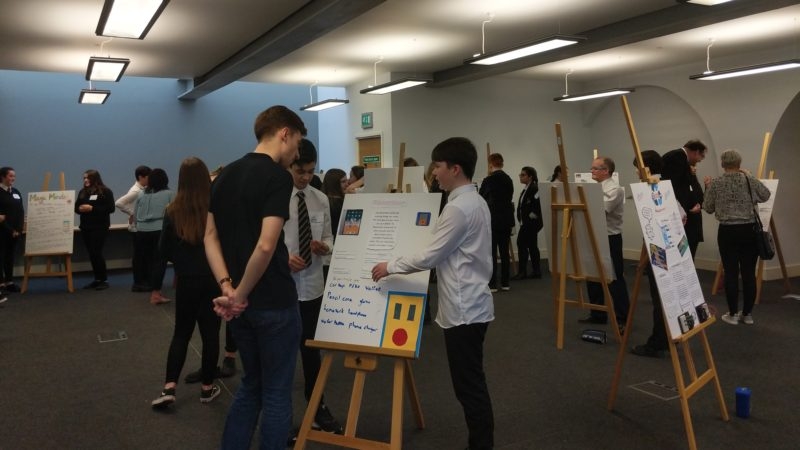 Young Entrepreneurs from schools across Scotland gathered in Edinburgh to share their problem-solving digital tech at Apps for Good's celebratory event. 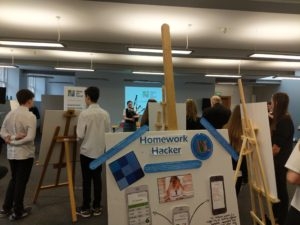 Students from schools across Scotland (including Preston Lodge High School, Forfar Academy, Springburn Academy and others) were invited along to Dovecot Studios in Edinburgh, to display their products in a marketplace.

We heard from 'Magic Minds', students from Boroughmuir High School who had come up with the idea of developing technology that would support people with dyslexia with their personalised learning based app.

Other students had developed apps that tackled food waste from fast-food retailers, looked at tracking your mood to support mental-health and wellbeing, and many others.

The young creators had the opportunity to get feedback on their ideas and work so far, which we hope helps them to develop their problem solving tech even further.

Congratulations to the winning team of the People's Choice Vote, Carbon Kicker from Dunoon Grammar School! 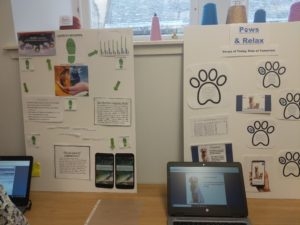 We stopped by their stall at the marketplace and were really impressed with their idea. Carbon Kicker aims to give us a better idea of our carbon footprint and what we can do to reduce this.

Well done to everyone who took part! We were so impressed with not only all the apps but also the confidence which the young people who we spoke to communicated with us about their ideas.

There were some incredible ideas in the room and we hope to see these developed further!

All the students at the event have the opportunity to do with Apps for Goods national awards – with the final awards day taking place in London in June.