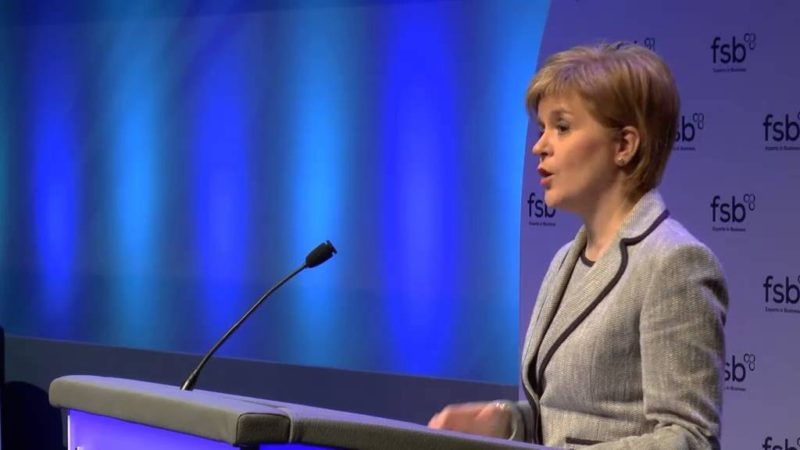 First Minister Nicola Sturgeon addressed an audience of around 700 small business owners from the across the UK, telling them that "that Scotland will be the best place to do business anywhere in the UK".

The First Minister used her speech to talk about how initiatives such as the Scottish Government's Small Business Bonus Scheme, which has saved businesses around £1 billion since 2008.

The First Minister went on to address the need for a broader cultural change that allows Scotland to become an entrepreneurial nation, highlighting the importance of enterprise education.

We're encouraging entrepreneurship and innovation in the school curriculum – for example through the Scotland's Enterprising Schools initiative.

The full speech can be read here.