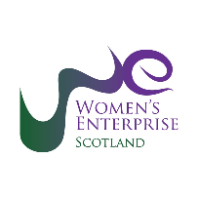 To make the most of this opportunity for economic growth, and to improve the gender gap in Scottish entrepreneurial activity, Women's Enterprise Scotland aims for nothing less than the creation of a new norm for women in business.

To do that, we at WES inspire and support women to start their own businesses, and grow them too. We advise and educate external partners, and advocate for gender-specific enterprise support. We seek to influence policy-makers and movers and shakers to recognise the economic contribution women-led business could make. And we champion women's enterprise in the media, in Scottish society, and across the wider world.

Alongside our partners, Women's Enterprise Scotland aims to create a commercial culture where women-led business ownership is not simply an aspiration, but becomes a truly attainable, attractive and achievable option for women everywhere.

Inspiring young girls – aged 11 to 18 years old – to become the great thinkers and creators of tomorrow, the first Smart STEMs event was hosted at Glasgow Caledonian University on 3rd June 2015.

The concept was created by Seric Systems in partnership with Women's Enterprise Scotland, and with support from Commonwealth Games Legacy 2014, Glasgow Chamber of Commerce, Beyonder, The Chartered Institute for IT and People Make Glasgow.

The event consisted of inspiring female speakers and role models taking the stage as well as breakout sessions in which the participants got their hands on actual technology!

There was also a sponsored competition for girls aged 11-18 years old to take part in for the best Wearable Technology project.